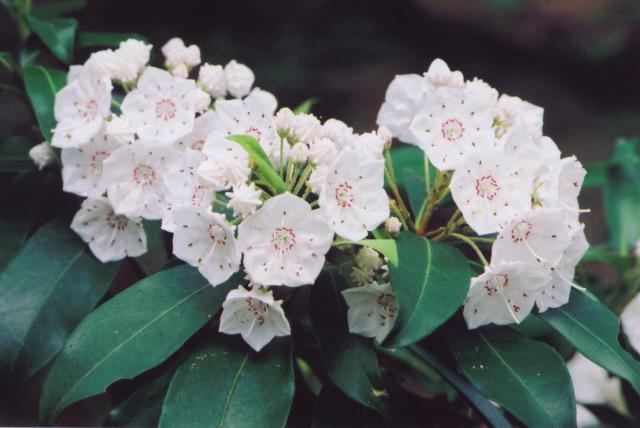 Mountain Laurel, Kalmia latifolia in the family Ericaceae, is an evergreen shrub that forms a dense thicket on the forest floor and produces beautiful pink and white flowers. My home town of Wellsboro, Pennsylvania, holds its annual Laurel Festival in June to celebrate the blooming of this official state flower, which attracts thousands of tourists from the big cities every summer. You can imagine my surprise, then, when one day, while marking timber in the mountains, the forester with whom I was working blurted out that Mountain Laurel was a noxious weed! Well, a weed by definition is any undesirable or troublesome plant, especially one that grows profusely where it is not wanted. Thus, to this forester, who was required to crawl through the thicket of laurel every day, it was a weed. His assessment of the value of Kalmia latifolia was summed up in one word, “weed,” and with that one word, a prized possession was reduced to a worthless shrub.

To many people in the world today Christ is like a noxious weed—undesirable, troublesome, and not wanted. Things weren’t any different 2,000 years ago. Then the apostle Paul was bound in a Roman prison from which he wrote to the church in Philippi, and to Paul’s captors, Jesus Christ was an undesirable, a small speck of a man, and even counted as nothing. But Paul was enjoying and being supplied by the crucified and resurrected Christ who indwelled him to such an extent that he magnified Christ to the whole Pretorian guard. In his letter to the Philippians he wrote, “my bonds have become manifest as being in Christ among the whole Praetorian guard and to all the rest” (v. 1:13). He further explained, “even now Christ will be magnified in my body, whether through life or through death” (v. 1:20b). At the end of his epistle he told the Philippians that all the saints in Rome greeted them, “and especially those of Caesar’s household” (v. 4:22). So much so was his magnification of Christ that some of Caesar’s household even got saved. Thus, those who had considered Christ a mere weed now highly valued Him as a prized possession. May the Christians in this world today express and magnify Christ as the result of their enjoying Christ and being filled with Him to the extent that the people around them, who formerly evaluated Christ very little or not at all, would appreciate Christ and count all other things as refuse (as weeds) in order to gain Christ (the real prize) to the uttermost (Phil. 3:8)!