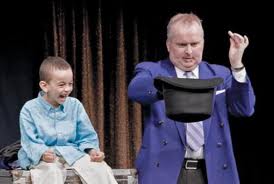 In October, 2005, Iranian President Ahmadinejad allegedly stated that he wished for Israel to be “wiped off the map.” The internet now overflows with both sides of the frighteningly volatile controversy. Israeli Prime Minister Ariel Sharon immediately called for Iran to be expelled from the United Nations, and President Shimon Peres of Israel responded some months later that “the president of Iran should remember that Iran can also be wiped off the map.” Thus, it is clear how Israel interpreted Ahmadinejad’s statement. Some Ahmadinejad sympathizers, who portray Iran as a victim of Israel, declared that their President’s statement was mistranslated intentionally in order to stir up support for a military invasion of Iran by the U.S. and its allies. They claim that what Ahmadinejad actually said was, “the regime occupying Jerusalem must vanish from the page of time,” not that the innocent Israeli people “be wiped off the map” in the sense of a mass genocide; the thought is that Jewish rule would end in Israel, but not the end of Jewish people. To wish for an occupying regime to vanish from the page of time is certainly far less threatening than to earnestly desire that an entire nation be wiped off the map. Such a mistranslation, if that’s what it was, changes everything, right? Of course, they don’t mention that the original translation was made by the Iranian regime itself.

Well, such is the politics of our day. I personally do not trust any politicians, and I’m pretty sure that we don’t know much of what is going on in the global political realm, because of lies and propaganda. But, the Bible has something very interesting to say about the governments that these politicians run. Human governments are depicted as beasts in Daniel chapter 7 and elsewhere. Also, in Daniel chapter 2 there is a vision of a huge human image of five sections: the first section, the head, was gold, followed by silver, then bronze, then iron, and lastly, the feet were iron mingled with clay. Each section of this image corresponds to a particular kingdom, and Nebuchadnezzar saw “a stone…cut out without hands, and it struck the image at its feet of iron and clay and crushed them. Then the iron, the clay, the bronze, the silver, and the gold were crushed all at once, and they became like chaff from the summer threshing floors; and the wind carried them away so that no trace of them was found. And the stone that struck the image became a great mountain and filled the whole earth” (Daniel 2:34b-35). Indeed, when Christ returns He will be that stone that causes all the human governments to vanish like chaff in the wind, and His kingdom, as a great mountain, will fill the whole earth! We may not know exactly what is going on in politics and governments, but if our spirit is keen and we comprehend the signs in the Bible, we will recognize what is happening behind the scenes—the way is being prepared for the second coming of Christ! Under His dominion all the current political problems will be wiped off the map (oh, I mean they will vanish).